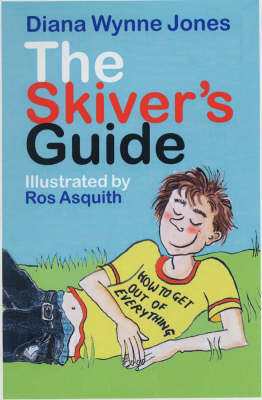 A funny guide to get out of absolutely everything!

Diana Wynne Jones has been described as "hotter than Potter". She has won the Guardian Award and in 2006 was short listed for the Astrid Lindgren Award. She is recognised internationally as a major writer of fantasy and has been translated into eighteen langues. Her book Howl's Castle has been made into an excellent animated film, which was nominated for an Oscar. Diana lives in Bristol with her husband, a professor of Old English Literature. ROS ASQUITH contributes Doris, a regular cartoon feature, to The Guardian. She is the author of the Teenage Warrior books which explore the many anxious moments facing teenagers, suggesting how to solve them with humour and self-reliance.